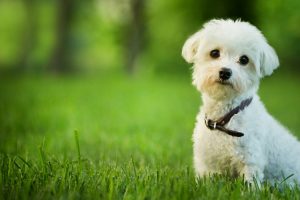 Rabies is real and it is alive and well in the Big Country. Many cases of rabies have already been reported this year. The Texas State Department of Health Services indicates that the incidence of the disease is on the rise.

The disease is caused by a virus that is spread from mammal to mammal through saliva. Typically, it occurs when an infected animal bites another animal or a person. There is no recovery from the disease. Infected animals and people die from the neurologic effects of the disease.

In 2010 there were 66 confirmed cases of rabies in Jones, Taylor, Callahan, Shackleford and Haskell counties. Early indications are that there will be more cases in 2011. The disease follows a cycle of several years of increase followed by several years of decrease. More cases can be expected.

A 7-year-old quarter horse began showing signs of illness after attending two cutting horse shows in central and eastern Texas in late March. The horse died and was diagnosed positive for rabies. There were about 150 people and numerous horses that were possibly exposed to this horse in its infective state. This case illustrates how easily rabies can be spread to other people and animals.

An infected animal may show a wide variety of signs. If you encounter a wild animal that is aggressive or not afraid of humans, avoid it and call authorities. Domestic animals that exhibit any change of behavior and become uncoordinated, wild or aggressive should be considered suspect. Avoid handling these animals and call a veterinarian. If a suspect animal must be destroyed, damage to the head should be avoided, rubber gloves should be worn while handling and it should be refrigerated, not frozen, until it can be submitted for testing.

Prevention is the best method of controlling the spread of the disease. A rabies vaccination administered by a veterinarian is very safe and very effective in keeping animals from contracting the disease. Any animal that is likely to be handled should be vaccinated including: horses, cattle, sheep, goats, dogs and cats. Keep your pets vaccinated.

Dr. Russell N. Ueckert has been providing veterinary care for animals in the Big Country for over 19 years. This article was produced in part with contributions from Veterinary News Network. For all of your veterinary needs look to www.bigcountryvets.com.